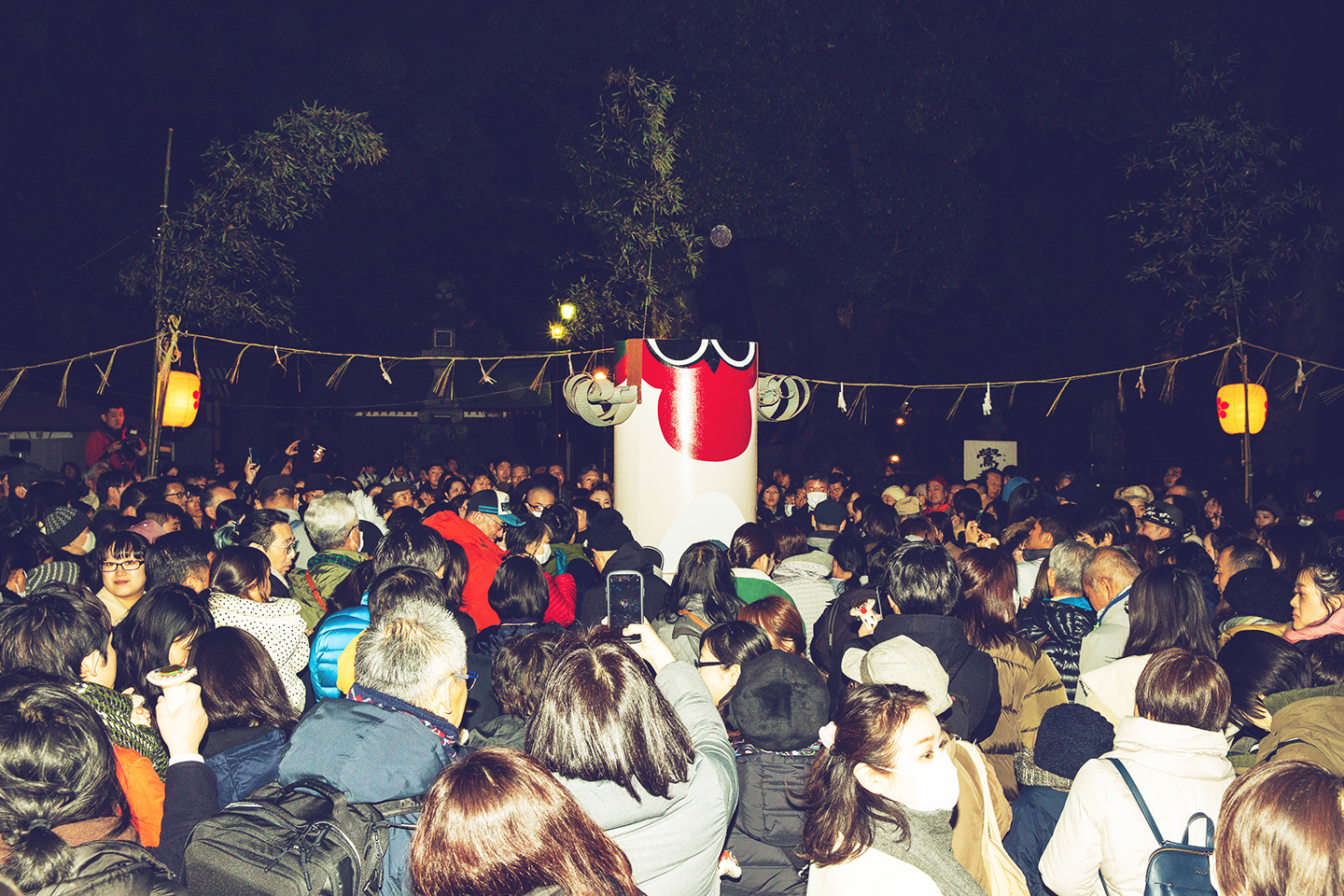 Every year on January 7 people exchange wooden birds at this Dazaifu Tenmangu ceremony, held before the Onisube fire festival later the same day. It involves small carvings of bullfinches, called uso in Japanese. These birds are considered messengers of Sugawara Michizane, or Tenjin, the deity worshipped at the shrine. Uso can also mean "lie," and as Sugawara Michizane was esteemed for his sincere, honest nature, the exchange of these wooden carvings symbolizes exchanging your untruths for the blessings of the deity.

The ceremony begins with participants gathering around a large wooden bullfinch in the courtyard. They then circle the bullfinch to rhythmic drumming, chanting "kaemasho kaemasho," passing the small carvings from person to person. The process is repeated a number of times.

After the ceremony ends, you can take one of the wooden birds back home with you for happiness and good fortune in the year ahead.

Anyone can join the ceremony with a small donation. Visit one of the designated counters from 5 p.m. to make your donation and receive your carved uso. The ceremony itself starts at 6 p.m. The Onisube festival, one of Japan's major fire ceremonies, is held on the grounds later the same evening. 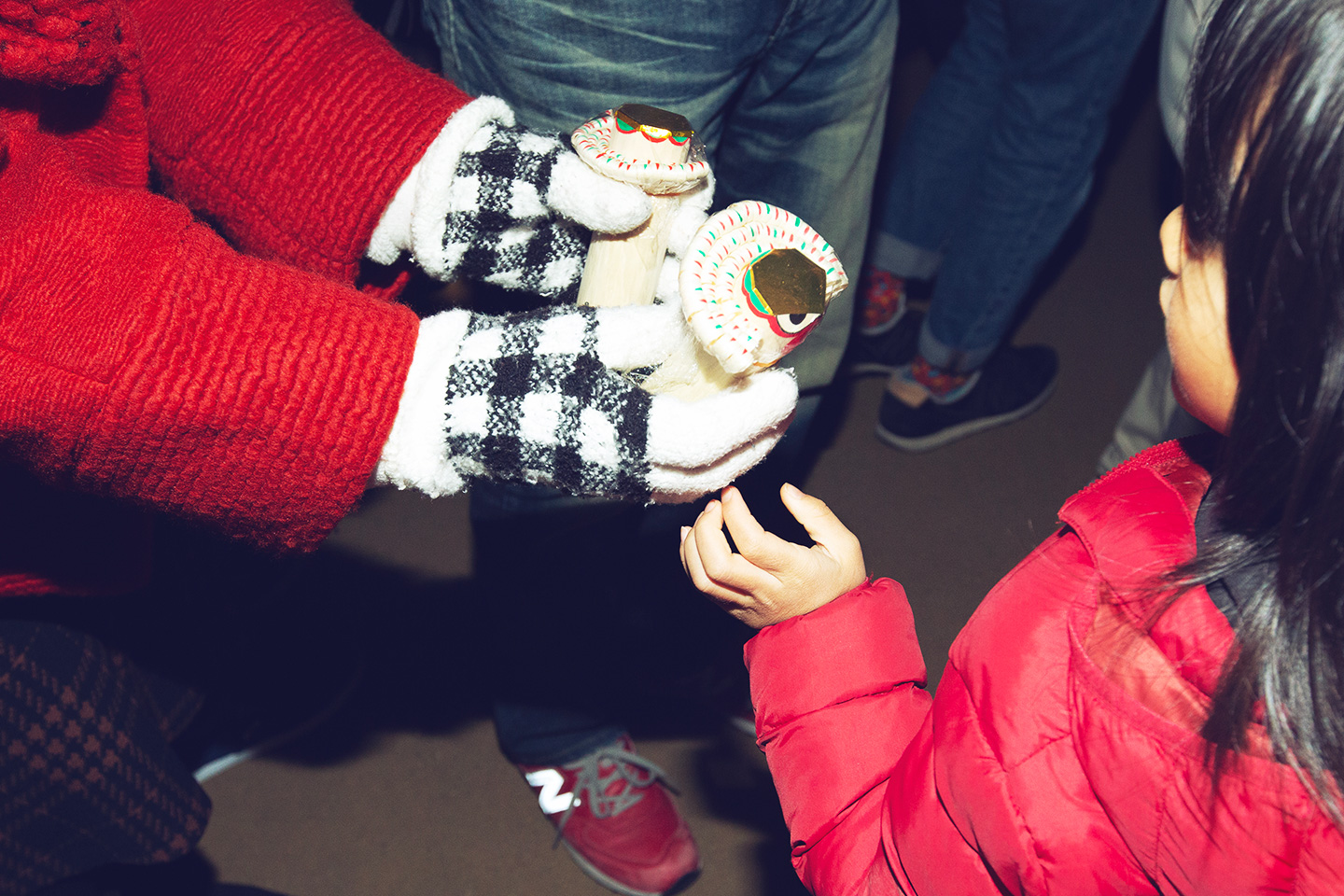