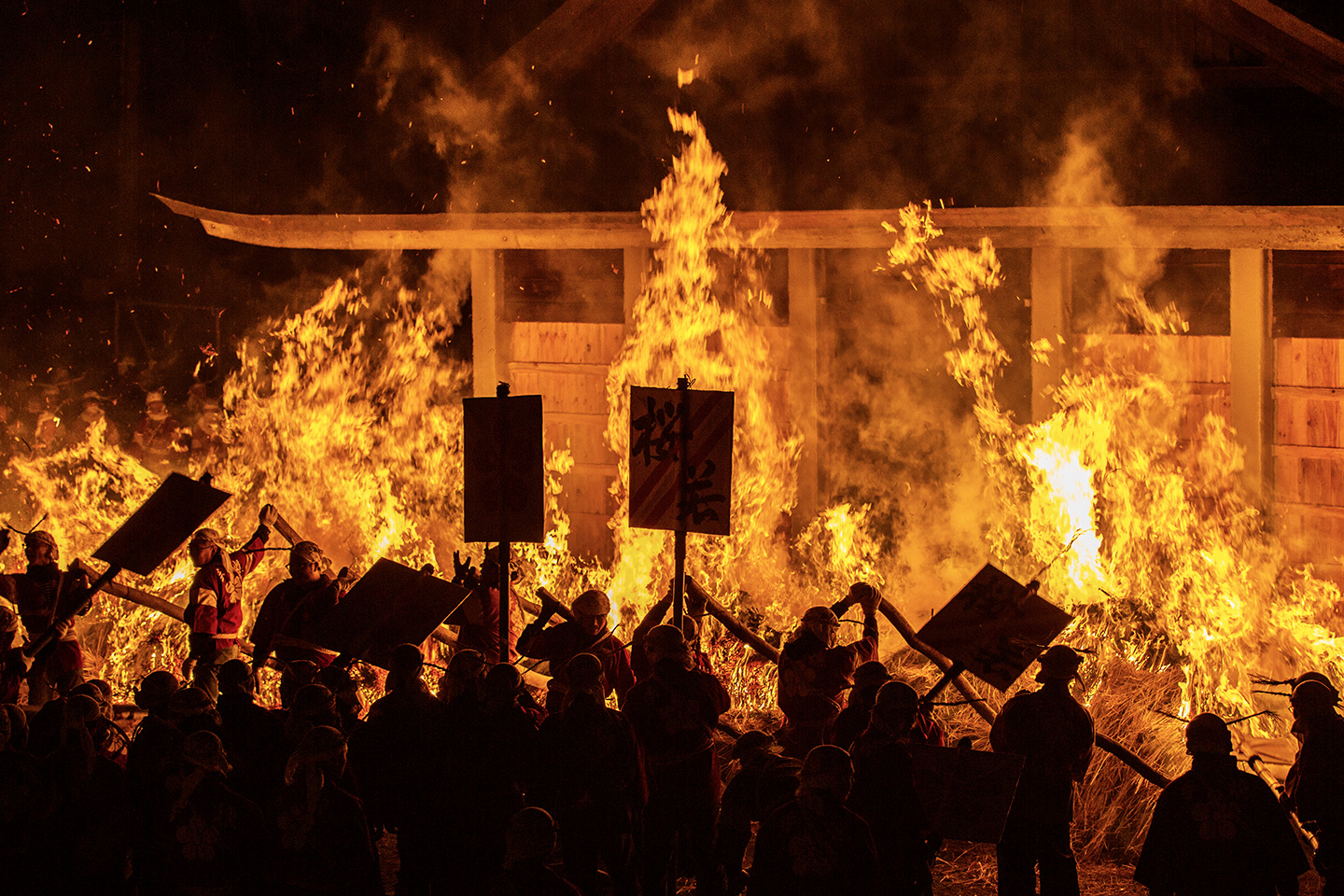 Warding off evil with smoke and flame

The Onisube festival is one of Japan's major fire festivals and takes place on January 7 in the grounds of Dazaifu Tenmangu. It involves hundreds of parishioners and is held to ward off misfortune and invite prosperity in the year ahead.

The festival starts at 8:30 p.m. after the Usokae festival, held earlier in the evening, finishes. It begins at the main sanctuary where priests bless a sacred fire and then carry it in ritual procession across the bridges that span Shinji-ike pond to the main festival space within the grounds. While this is happening, a team dressed as ogres, gathers in a wooden hall where the action is to take place. Another group gathers in front of the hall to protect the ogres from exorcists charged with banishing the beasts from the hall with the sacred fire.

When all three groups are in position and the sacred fire arrives, large bundles of straw are set alight. The exorcists carrying fiery torches fan the flames of the straw bonfires, driving smoke into the hall in an attempt to smoke out and banish the ogres. Meanwhile, as smoke fills the hall, the group protecting the ogres works to break holes in the walls of the hall to allow the smoke accumulated within to escape. 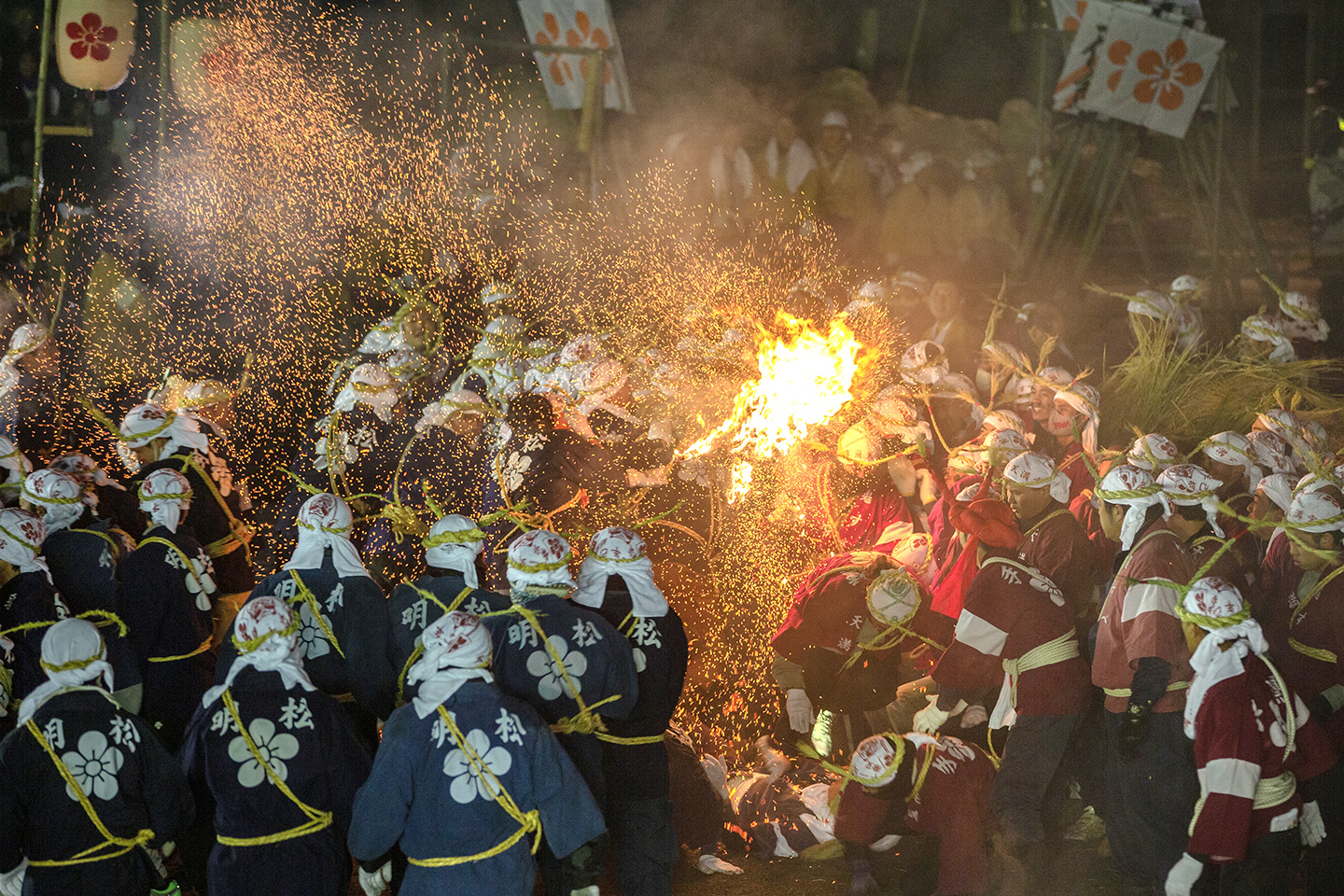 The festival ends with smoke filling the hall and becoming so unbearable that the ogres flee, only to be captured and bound with rope.

Once the smoke is dispersed and the flames extinguished, festivalgoers pick up burnt pieces of wood broken off from the walls of the hall. These are taken home and serve to protect from house fires.

The Onisube festival has been held since 986 and is of great cultural value. It is designated an Intangible Folk Cultural Property by the prefecture of Fukuoka. 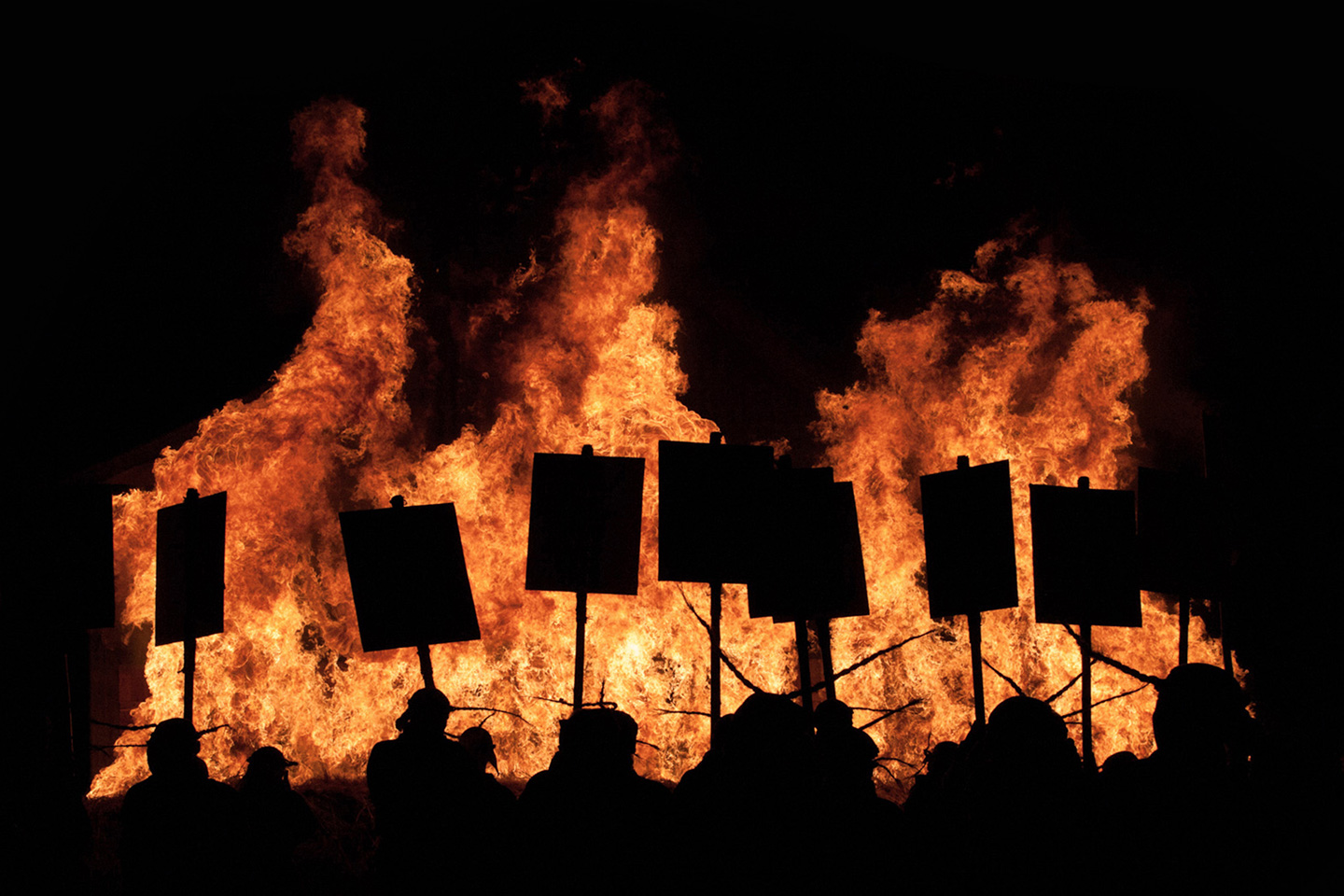